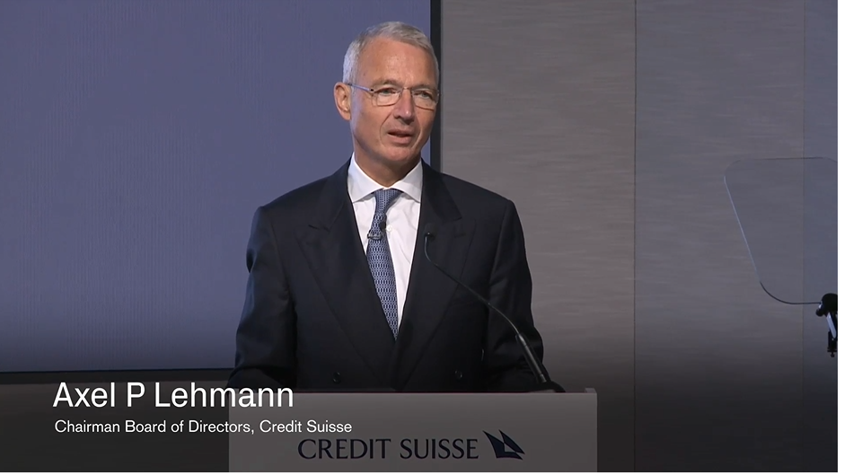 This morning, Credit Suisse lifted the curtain and published its long awaited strategy update. Here are the main takeaways:

Most importantly, Credit Suisse drastically reduces its Investment Bank and focuses on its Wealth Management and Swiss Bank business. The new IB will be cut by around 40%. Under the name ‘Markets’, it will cater the Group’s core businesses. The Advisory and Capital Markets business will be carved-out into a new entity called ‘CS First Boston’ headed by current Board Member Michael Klein. The entity will be run as a partnership model/platform which allows participation of third-party investors (500mn were stated as already committed by an investor). Credit Suisse will – at least for the time being – hold the majority of the entity’s equity. CEO Ulrich Koerner indicated though that CS could reduce its stake to a minority and possibly consider an IPO. According to the CFO Dixit Joshi, wholesale funding is planned to be provided by external parties over time. The Structured Products Group (SPG) will be transferred to a group of third-party investors around Apollo/Pimco, since it binds too much financial resources and is not considered strategic anymore. The details of this transaction have yet to be agreed. Finally, a number of businesses that do not provide a satisfactory return or which are not sufficiently competitive (e.g. Prime Brokerage, Emerging Market Loans) are moved in a None-Core Unit with the aim of being wound-down. This is expected to free up 2.5bn of capital. In total, the bank expects to release by 2025 more than 5bn of capital that can be allocated elsewhere.

Orbit36 sees today’s announcement as clear commitment of Credit Suisse’s Board of Directors and Executive Board to break with the past and utilize its scarce financial resources more economically. The bank’s chairman Axel Lehmann mentioned in his opening speech that all business lines are expected to meet their cost of capital. At least until 2025, the bank promises, however, only a RoTE of 6% for the Group (8% on core business). This is rather unambitious and below the Group’s cost of equity, albeit the bank is probably conservative in order to avoid a renewed miss of its targets.

To fund the expected 2.9bn restructuring costs and to restore the CET1 capital ratio after the substantial 4bn 3Q22 loss, Credit Suisse will perform a capital increase of 4bn. While this is heavily diluting for existing shareholder, we regard the share issuance as an unavoidable measure to rebuild the trust of clients and employees. The bank aims to keep the CET1 ratio during the transition above 13% and targets 13.5% from 2025.

The share price dropped today by 17.9%. This is a reaction to the announced share issuance and might also reflect a partial disappointment of analysts and investors on the unambitious RoTE targets. While some people criticize that the bank’s step was not radical enough, we believe that the firm’s top did not have many strategic options. In our view, today’s announcement reflects what the bank could reasonably do and afford at this point in time.