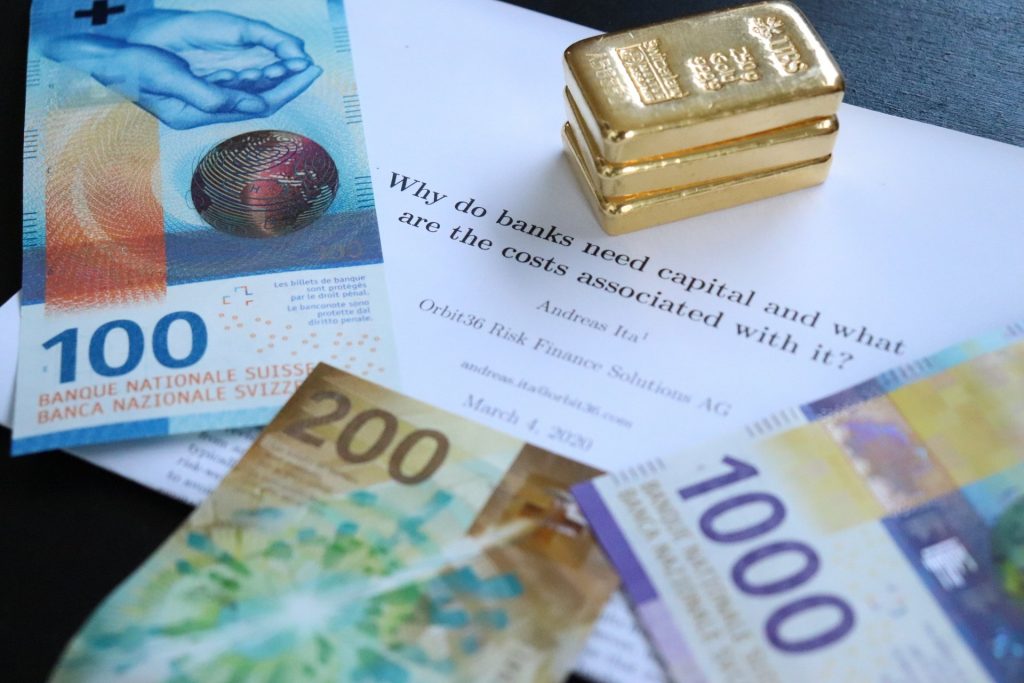 Why do banks need capital and what are the costs associated with it?

As practitioners in the banking industry, we focus a lot on regulatory capital requirements. We closely monitor reforms like the finalization of Basel III or CRR2/CRD5 and analyze the impact on capital ratios. However, by doing so we tend to forget why banks even hold capital. In my latest White Paper, I revisit the latter question as I believe that it will provide us important insights on how we should deal with challenges like capital floors and leverage ratio requirements which make capital allocation less risk sensitive.

For a bank the main purpose of equity is to protect the clients‘ deposits in case of large unexpected losses. Because of diversification effects, the amount that a bank can lose under reasonably possible circumstances is only a fraction of the theoretically possible worst-case loss if all of the banks‘ assets were to default. In the absence of capital regulations, a bank would determine its optimal amount of equity capital based on a trade-off between offering its depositors a sufficient level of security while not diminishing returns to shareholders. This is typically done by economic capital models which allow to compute the magnitude of a hypothetical worst case loss which is not expected to be exceeded at a certain statistical confidence level, e.g. 99.99%. When developing these type of models, it is important to consider that defaults are positively correlated during a crisis.

In nowadays world, capital requirements are prescribed by a set of complex rules under different standards, methodologies and legal rules which vary across jurisdictions. Typically, capital requirements are based on a dual regime of risk-weighted assets and leverage ratio. Moreover, the capital requirements consist of a minimum requirement which has to be met at all times and capital buffers which can be used to absorb losses during a crisis. Until the capital buffers are rebuilt, the banks face restrictions on their distributions to shareholders and employees. Given their high importance for the overall economy, global systemically important banks (G-SIBs) are required to hold additional capital buffers in the form of CET1 capital. In addition, G-SIBs have to meet a Total-Loss-Absorbing Capacity (TLAC) requirement which facilitates the resolution in case of failure.

In such a situation, we advice banks to develop and use capital allocation frameworks which incentivize decision makers in the business to use their financial resources efficiently. In addition, we recommend that banks regularly update their cost of equity estimates to make sure that changes in their bank’s capital structure and risk profile are appropriately captured in their internal hurdle rates. Moreover, large banks with multiple business lines should also differentiate their cost of equity rates across different business lines. Economic capital models may see a revival for the latter purpose, as in a world in which capital requirements are increasingly risk insensitive these models may provide important information on the price of risk which could be incorporated into business line specific hurdle rates.